By: Suren Grigorian and Everett Lane

3D printing is a technology which, prior to the beginning of the 21st century, remained exclusively confined to the subjects of industrial manufacturing and prototype production. It is gaining traction in the consumer/recreational world as one of the most ubiquitous and recent technologies of the early millennium; however, a large majority of those who do not have experience with 3D printing remain unclear as to what it entails. 3D printing, to clarify, is primarily defined as a set of technologies capable of depositing the semi-liquid or solid form of a particular material, normally various types of plastic, to form a 3-dimensional shape based upon a digital design; 3D printers are named as such due to their ability to print an item within 3 dimensions via extrusion, similarly to how a standard printer extrudes ink to form a 2-dimensional image. 3D printers possess commercial and industrial variations, whereby commercial 3D printers primarily exist within the form of either material extrusion printers or powder bed fusion printers; the first of these types utilizes the aforementioned process of extruding a select quantity of material via a nozzle similar to that of a standard printer, allowing the device to construct an item, layer by layer, along previously established lines from a digital model. This type, additionally known as fused deposition modeling, remains particularly common, as it occupies the largest portion of the commercial 3D printing market today; this is a direct result of its relatively small cost.

The second type of standard commercial 3D printer remains the powder bed fusion type; this type is primarily characterized via a mechanism which, rather than processing and extruding material from a separate store, utilizes concentrated lasers to melt, solidify and fuse a bed of powdered material, normally polyamide plastic, into a final shape. As each fusion cycle is completed, a roller contributes additional material and the cycle begins once more; this type primarily consists of selective laser sintering, patented at the Defense Advanced Research Projects Agency in the 1980s and today the most common type. The objects produced by both types additionally possess varying textures, with the former producing granulated, coarse items and the latter producing smooth, layered and ribbed items; though texture varies, the primary factor which leads the average hobbyist to select one over the other is cost, as powder bed fusion 3D printers are more expensive than the standard fused deposition modeling types.

But what of industrial 3D printers? These 3D printers are primarily characterized via the utilization of technologies which served as the ancestors to the modern 3D printer.  Some types of filaments for 3D printing are PLA and ABS, but in this case polymer will be used. These 3D printers usually make their product with a pool of liquid. This is called Stereolithography.  First, a roller on the printer spreads out an extremely thin layer of liquid polymer on a platform. Since the layer is a liquid, it will spread out across the entire platform with an even distribution so each layer will have a consistent thickness.  The liquid polymer is specially designed to be UV sensitive, so when it is struck with a UV laser it solidifies. Essentially the laser bra is the outlines of the build onto the platform and the places that the laser touch garden. Then the roller rolls a new layer of polymer onto the platform and the platform shifts downwards to facilitate the new layer that has been added to the platform.  The process gets repeated over and over again until the build is completed. Then it lifts the newly lasered plastic up out of the resin and the remaining flows away to be used in other builds.

So, after looking at this chart you can tell that if you are a recreational printer, you should go with PLA.  But, if you are in a more high tech industry, ABS is the way to go. One more thing: The type of printer used has a great effect on the quality of the print.  For example, if you have a budget of $200-$300 you would not be able to purchase the highest quality printer. But if your budget is $500-$1000 then you can dive into the field of serious 3D printing.  The speed of the printing also affects the quality. If you’re willing to wait, you will get a better finished product of your work.

So, as you might have heard already there have been some breakthroughs achieved in the field of 3D printing organic matter.  For example, there have been confirmed reports of 3D printed skin made with an organic printer that has already been used in transplants and large wounds.  3D printing can also be used in transplants because it is so easy to make but it is still being developed. 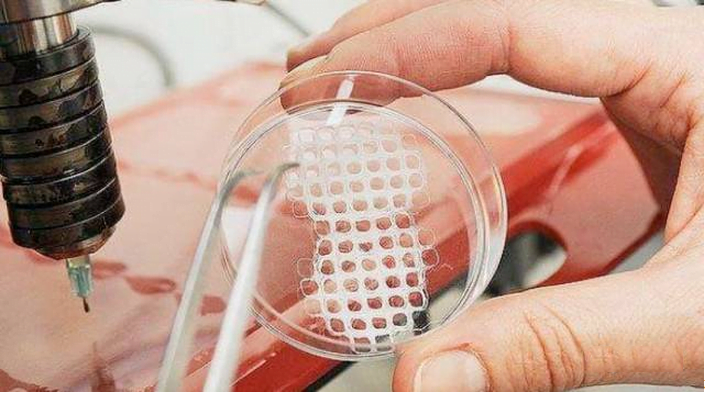 There are also many advantages to having a 3D printed body. Part of that is because it is easier to make than other alternatives.  Companies such as Organovo, or Biobots have been doing and researching these alternatives for years. So don’t expect for this to come out for even private use for a while!

3D printing software is important when making something to be 3D printed..  Some people can get the best filament and 3D printer but forget that there is no way to print anything without an engine to print through!  Some types of software are Fusion 360 Autodesk, TinkerCAD, and OpenSCAD. (Information from https://all3dp.com/1/best-free-3d-printing-software-3d-printer-program/)

Here are some of the many applications of 3D printing:

And now, with the many challenges of having sufficient equipment to handle the caseload of the COVID-19 pandemic, some intrepid printers are modifying existing ventilators with a 3D printed part called a Y-splitter, which can help stretch the capabilities of the world’s limited supply of ventilators by dividing the air flow from a single ventilator to multiple patients. See article below:

The Environment and the Effects of COVID-19

A Guide To The Coronavirus: Origins, Genetics, Vaccine Testing and More